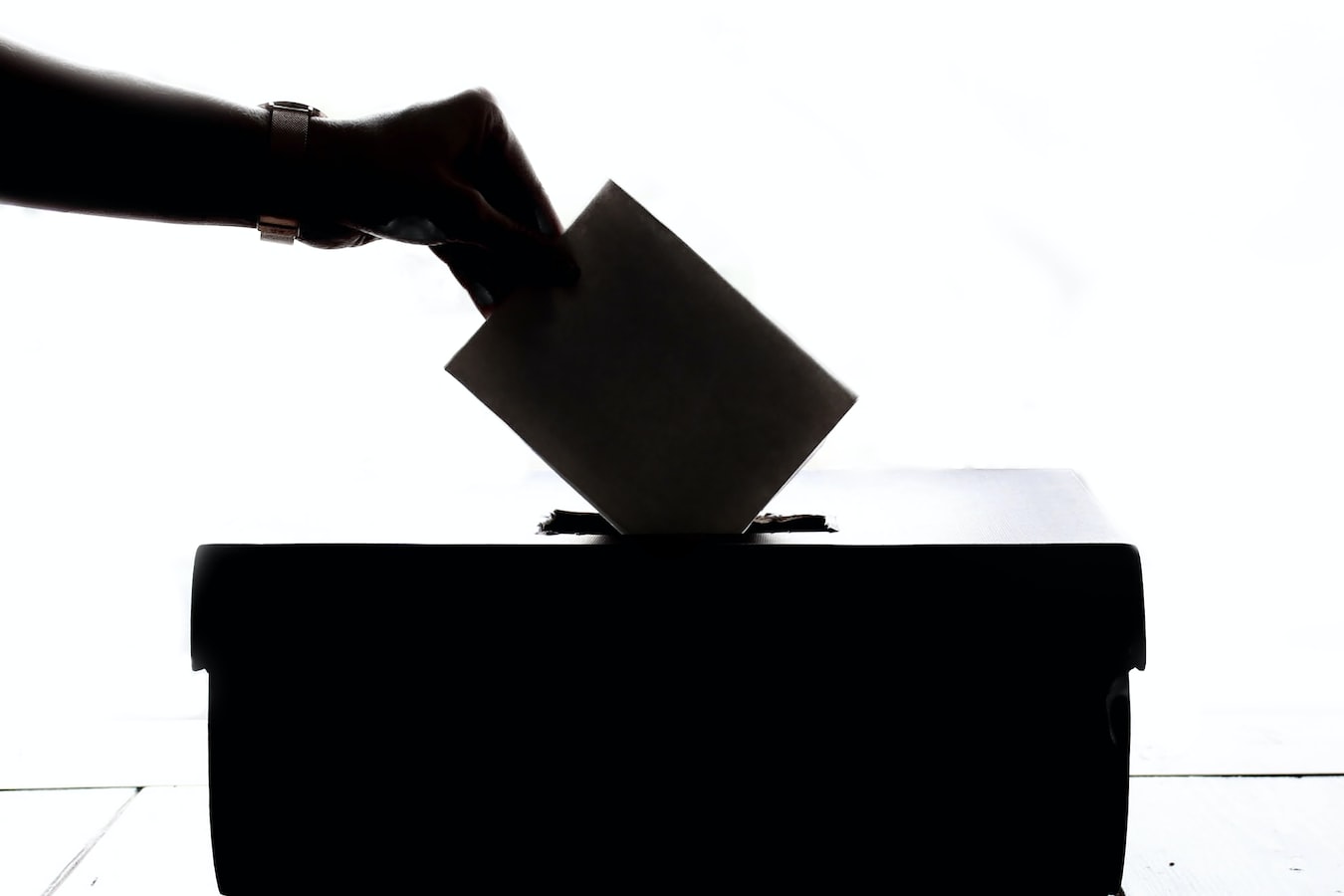 Section One of the Fifteenth Amendment of the U.S. Constitution plainly states: “The right of citizens of the United States to vote shall not be denied or abridged by the United States or by any State on account of race, color, or previous condition of servitude.”[1] However, U.S. citizens with felony convictions have been and continue to be disenfranchised. For decades, millions of U.S. citizens have been denied their right to vote each year.[2] In particular, “1 in 16 African Americans of voting age is disenfranchised, a rate 3.7 times greater than that of non-African Americans.”[3] The right to vote is bestowed on citizens once they turn eighteen, without requirement to pass a test or have a job. However, people all across the country, especially African Americans, are stripped of the basic right to vote after being convicted of a crime and serving their prison sentences. Depending on their state of residence, a person with a felony conviction could serve their court-imposed sentence and live another 50 years as a free person without ever being permitted to vote again.[4]

This issue is a clear violation of a person’s basic human rights. United States citizens have been guaranteed the right to vote through the U.S. Constitution, but that right has been reduced by those in power with the goal of lessening the chances of people with different views to influence the existing power structures. People often rationalize disenfranchisement by arguing that people convicted of crimes should not be trusted to vote because of their prior disregard for our laws. These same people would likely tell you that, after serving their sentences, they should contribute to society in a meaningful way. Expecting this from anybody creates an inappropriate classist system that persecutes people often seen as lesser. This undoubtedly violates a person’s human rights.

The Evolution of Felony Disenfranchisement

According to Erin Kelley of the Brennan Center for Justice at NYU, “[w]hile the origins of disenfranchisement can be traced back to early colonial law in North America, and even farther back to ancient Greece, the punishment was typically applied only in individual cases for particularly serious or elections-related crimes.”[5] However, the practice grew considerably following the Civil War.[6] Two developments in the law combined to make disenfranchisement a major obstacle for newly enfranchised Black citizens: “First, lawmakers—especially in the South—implemented a slew of criminal laws designed to target black citizens. And nearly simultaneously, many states enacted broad disenfranchisement laws that revoked voting rights from anyone convicted of any felony.”[7]

Since the passage of the Thirteenth Amendment, which allows involuntary servitude for those who are convicted of crimes, African Americans have become the targets of mass imprisonment.[8] This gave the south a lawful and cheap labor market as long as there was a steady stream of incarcerated individuals.[9] Accordingly, these and other factors created widening disparities in incarceration rates. This disparity is evident in states such as Alabama, where the percentage of non-White prisoners rose from 2% in 1850, to 74% by 1870.[10] Additionally, between 1865 and 1880, at least 13 states, or more than a third of the country’s then 38 states, enacted extensive felony disenfranchisement laws.[11]

The motivation behind these shifts in the law and law enforcement practices is clear—to retain control over African Americans after they were freed and “preserve existing racial hierarchies.”[12] By systematically stopping a large number of Black citizens from exercising their right to vote, the government and other powerful citizens were able to thwart “the threat of new African-American voters” and preserve the existing power structure.[13] The racial disparities of disenfranchisement remain prevalent to this day, as a disproportionately large percentage of people convicted of felonies are African Americans.[14] In fact, in 2017, Blacks represented 12% of the U.S. adult population but 33% of the sentenced prison population, Whites accounted for 64% of adults but 30% of prisoners, and while Hispanics represented 16% of the adult population, they accounted for 23% of inmates.[15] Although the percentages of people in prison are fairly even, the numbers show that minorities, especially Blacks, are targeted and convicted at higher rates than Whites.

Currently, state disenfranchisement laws vary widely from state to state. In D.C., Maine and Vermont, convicted felons never lose their right to vote, even while they are incarcerated.[16] Maine and Vermont share several characteristics that make voting by those in prison less controversial: incarcerated people can only vote by absentee ballot in the place where they last lived; they are not counted as residents of the town that houses a prison; and unlike many states, the majority of prisoners in Maine and Vermont are White, which defuses the racial dimensions of felony disenfranchisement laws.[17] In 16 states, convicted felons lose their voting rights while incarcerated, and receive automatic restoration upon release.[18] An often argued rationale for this system is that because those convicted of crimes are back contributing to society, they have the right to influence how the government is shaped. In 21 states, convicted felons lose their voting rights during incarceration, and for a period of time after, typically while on parole or probation.[19] In these states, voting rights are automatically restored after this period of supervised release, and former felons may also have to pay any outstanding fines, fees or restitution before their rights are restored.[20] A possible rationale for this system is that the states want to make sure these people are taking steps to be proper citizens before giving them the access to vote. However, several states still impose the most severe disenfranchisement laws: “[i]n 11 states felons lose their voting rights indefinitely for some crimes, or require a governor’s pardon in order for voting rights to be restored, face an additional waiting period after completion of sentence (including parole and probation) or require additional action before voting rights can be restored.”[21]

In a poll released in early 2019, a majority of Americans showed support of felony disenfranchisement, at least for people convicted of felonies that are currently imprisoned.[22] According to the poll, 69 percent of registered voters said people who are incarcerated for a felony should not vote.[23] Moreover, the majority of members of both political parties support the practice: “One of the poll’s notable findings is that while Republicans were more likely to be against allowing imprisoned felons to vote than Democrats — 85 percent and 61 percent, respectively — a majority of both party members were still against the idea.”[24] There is a stark difference of opinion on the topic along racial and generational lines:

White and Asian American voters were more likely to be against allowing incarcerated felons to vote, 74 percent and 82 percent respectively, while only 43 percent of black or African American voters were against the idea. Sixty-six percent of Hispanics thought felons should not be allowed to vote. Younger people were also more likely to agree with the idea of supporting felons’ rights to vote. While only 46 percent of Gen-Z-ers thought felons shouldn’t vote, an overwhelming 82 percent of baby boomers supported voter disenfranchisement for felons.[25]

Furthermore, the public is also wary of allowing people with felony convictions who have been released from prison to vote.[26] According to a HuffPost/YouGov poll, 38% of Americans support the idea, while 44% oppose it.[27] However, “63 percent of adults told HuffPost/YouGov that they supported restoring the vote to felons who had completed their sentences. Just 20 percent were opposed.”[28]

Disenfranchisement is an issue that affects millions every year. In support of their position, proponents of disenfranchisement direct attention to a well-known person convicted of a felony and suggest that giving that person the right to vote is inappropriate. For example, Senator Lindsey Graham relies on Dylann Roof, a single convicted mass shooter, as a justification why millions of people should continue to be disenfranchised: “Go tell the people of Charleston that you think this man needs to have a voice about the future of South Carolina, that this man should have a say about who should be president of the United States.”[29] Graham continued, stating “When you do what he did and what other people have done, like the Boston bomber, you deserve not only to be punished but to be disenfranchised.”[30] Senator Cory Booker shares a similar outlook, rejecting the proposition that individuals like Dylann Roof and the Boston Marathon bomber should have the right to vote, while still recognizing a need to “liberat[e] black and brown people and low-income people from prison.”[31] The inclination to consider the most extreme criminal activity during the debate on felony disenfranchisement is not unnatural. However, people such as Dylann Roof and the Boston Marathon Bomber are unequivocally not representative of the majority of people serving felony prison sentences. In fact, data from 2012 suggests that over half of incarcerated people convicted of felonies committed nonviolent crimes, which is consistent with statistics since 2000 as well.[32] It is important to consider that most people serving felony prison sentences are not serving those sentences for violent crimes.[33] Denying them the right to vote while in prison seems illogical, considering these people are supposedly being rehabilitated through the course of their sentence. The case is even stronger for those that have served their sentences, since the law has concluded that their debt to society has been repaid.

In conclusion, mass disenfranchisement was built on the foundation of racism and a desire to maintain Pre-Civil War control over Black Americans. The public rationalizes this fact by arguing that people convicted of crimes have forfeited their rights to influence policy. Regardless of whether contemporary justifications for felony disenfranchisement have evolved, the results are still the same. “The disenfranchisement of former felons, which disproportionately affects people of color, is ‘one of the key civil rights issues of our time,’ says Leah Aden, deputy director of litigation at the NAACP Legal Defense and Education Fund.”[34] If more people knew the disproportionate effects it had, perhaps more Americans would support reform. Voting is a right that is granted to all Americans, regardless of race or class, through the 15th Amendment. It is a right that is stripped from far too many people in this country, particularly Black people. Until the country tackles issues such as this one, the United States will never live up to the task of having a government of the people, by the people, and for the people; instead it will be a country that bars millions of contributing citizens from shaping the society in which they live.

More from my site

The world brings people from different nations together “at the same time, in the same place, in the spirit of friendly competition,” […]

Eva was only 15 years old when she went missing in Albuquerque, New Mexico.[1] However, her story started years prior to her […]

With the increase of immigrants entering the United States at the southern border in the past two years, the Department of Homeland […]

When President Biden entered office, many of the previous administration’s restrictive policies were terminated, such as the travel and visa restrictions or […]