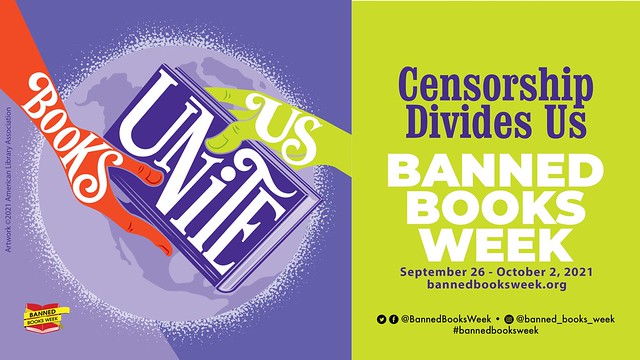 According to the American Library Association, “A challenge is an attempt to remove or restrict materials, based upon the objections of a person or group. A banning is the removal of those materials. Article I of the American Library Association’s Library Bill of Rights states, “Books and other library resources should be provided for the interest, information, and enlightenment of all people of the community the library serves. Materials should not be excluded because of the origin, background, or views of those contributing to their creation.” Article II further declares, “Libraries should provide materials and information presenting all points of view on current and historical issues. Materials should not be proscribed or removed because of partisan or doctrinal disapproval.” These statements do not just apply to outside attempts to challenge, ban, or censor, but also to those working in libraries. According to the American Library Association’s Diverse Collections: An Interpretation of the Library Bill of Rights, “Library workers should not permit their personal biases, opinions, or preferences to unduly influence collection-development decisions.” It goes on to state, “Best practices in collection development assert that materials should not be excluded from a collection solely because the content or its creator may be considered offensive or controversial. Refusing to select resources due to potential controversy is considered censorship, as is withdrawing resources for that reason.” 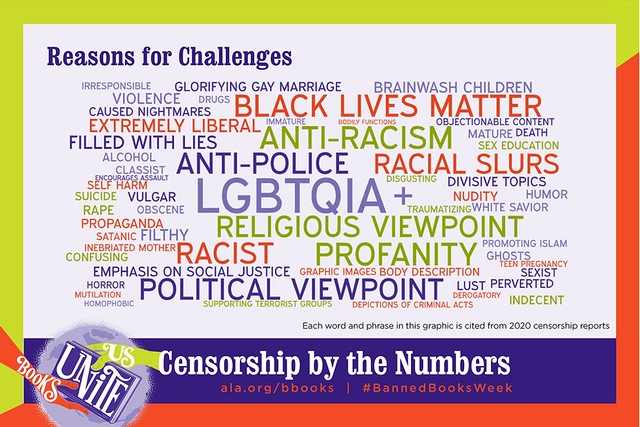 Richard Price, a professor at Weber State University in Ogden, Utah researches censorship and authors a blog Adventures in Censorship. In their September 29th blog post titled “Banning Books to Control History,” they state “the 2020 most challenged books were overwhelmingly driven by the moral panic over an essentially fictitious critical race theory.” In their blog post, they specifically cite as an example, complaints by Moms for Liberty in Williamson County, Tennessee about Ruby Bridges Goes to School by Ruby Bridges and The Story of Ruby Bridges illustrated by Coretta Scott King Award-illustrator George Ford, and written by Pulitzer Prize-winning author Robert Coles. Ruby Bridges was the first African-American child to integrate a New Orleans school. Tennessee has passed Pub.Ch. 493, a law that “establishes parameters for the teaching of certain concepts related to race and sex.” According to a CNN article written by Evan McMorris-Santoro & Meridith Edwards “A spokesperson for the school board in Williamson County told CNN school leaders in the county have launched a ‘Reconsideration Committee’ to review the books Moms For Liberty has complained about. One board member familiar with the process said new Tennessee law is hard to interpret, but this board member said they expect the state will ban at least one of the books Moms For Liberty cited.” Moms for Liberty filed an 11-page complaint with the Tennessee Department of Education and four books dealing with civil rights were specifically mentioned in their complaint. In addition to the Ruby Bridges books, Martin Luther King Jr. and the March on Washington by Frances E. Ruffin, and Separate Is Never Equal by Duncan Tonatiuh.

According to a Military.com article, Senator Tom Cotton might have introduced S. 968, Combating Racist Training in the Military Act of 2021, in part because “he was motivated to offer the bill after the Navy added ‘How to Be an Antiracist’ by Ibram X. Kendi to a list of 74 books it recommends to leaders…”